Collecting penalties from Flagstar Bancorp, which admitted nine years ago to making false certifications on government-backed loans that went bad, has proved to be a tricky task for the Department of Justice.

Under a 2012 settlement, the Troy, Mich.-based mortgage lender appeared to be on the hook for nearly $133 million. But the agreement with the DOJ included a condition that gave the company a potential way out: Flagstar, which had gone nearly four years without turning a quarterly profit, would not have to pay the vast majority of the penalty until it hit certain financial benchmarks.

The company’s financial outlook eventually brightened considerably. Still, Flagstar did not pay a penny under the civil fraud settlement between 2013 and 2020.

Then earlier this year, the U.S. Department of Housing and Urban Development accused the bank of intentionally operating its business in a way designed to avoid triggering a nine-figure payment under the DOJ settlement, according to a source close to the situation. Flagstar had expressly pledged as part of the settlement not to frustrate or delay its ability to meet the benchmarks.

Last month, the Justice Department and Flagstar reached a revised settlement that may finally put the case to rest by obligating the bank to pay $70 million upfront.

The amended penalty reflects a 36% reduction from the total payment contemplated in the original settlement. On the other hand, $70 million is double the amount that Flagstar had recently declared to be the fair value of the lingering legal liability.

And for the DOJ, $70 million is better than nothing. Given the complicated terms of the original settlement, it’s unclear whether Flagstar could have been forced to pay the $117.9 million that was outstanding until the deal was revised.

Spokespeople for Flagstar, HUD and the Justice Department declined to comment for this article. Some legal observers characterized the amended settlement as an example of diligent follow-up work by prosecutors that yielded a substantial sum of money, while others saw it as evidence that Flagstar’s efforts to minimize its financial liability were successful.

The nine-year arc of the Flagstar settlement shows a company using its once-precarious financial condition to reduce its legal liability, and then later managing, after returning to profitability, to further decrease its penalty.

In 2018, a regulatory agreement that had restricted Flagstar’s ability to pay dividends and buy back shares was lifted, noted Brad Miller, a former Democratic member of Congress who now works in private law practice. He contends that there was a disconnect between the bank’s posture toward the Justice Department and its dealings with its regulators.

“They should not be able to plead poverty to get lighter penalties, while telling prudential regulators and others that they’re okay,” Miller said. “It seems like they ought to be able to speak out of one side or their mouth or the other, but not both.”

Following the 2008 financial crisis, the Justice Department sued Flagstar and numerous other mortgage lenders over allegedly false certifications on defaulted loans that had been backed by the Federal Housing Administration, which is part of HUD. The cases, which inspired a backlash from lenders and Trump administration officials, were brought under a Civil War-era law that allows the U.S. government to sue when it has been defrauded.

In one example of a Flagstar mortgage that was allegedly marred by fraud, the borrower submitted W-2s that listed multiple employee identification numbers, even though they were purportedly from the same employer. The loan soon went into default, and HUD paid an insurance claim of more than $88,000.

Altogether, HUD paid out “hundreds of millions of dollars” as a result of Flagstar’s false loan certifications, and the agency’s net loss was a “substantial percentage” of that sum, according to the prosecutors.

But the DOJ faced a problem in recovering such a large sum of money from Flagstar. Between 2007 and early 2012, the lender had lost nearly $1.4 billion, and it appeared to be having trouble raising additional capital.

So Justice Department prosecutors in the Southern District of New York negotiated a so-called ability-to-pay settlement — a route that government lawyers take when they have doubts about a company’s capacity to pay the full extent of its liability.

Flagstar agreed to pay $15 million upfront, plus $117.8 million in subsequent increments once it hit certain financial benchmarks. One of the benchmarks involved repaying $266.7 million in funds from the government’s Troubled Asset Relief Program, a milestone that Flagstar would eventually hit in 2016.

But before payments under the settlement would be triggered, all of the specified benchmarks had to be met, including a requirement that the bank report a Tier One Leverage Capital Ratio of 11% or higher. As of Dec. 31, 2020, that ratio was at 8.12%, according to the company’s most recent annual report, which also said that Flagstar would seek in good faith to fulfill the conditions of the settlement.

DOJ prosecutors said at the time that the settlement represented the maximum amount that Flagstar was able to pay, consistent with capital requirements and other bank regulatory standards. The agreement also required Flagstar to commit to certain reforms as a condition of remaining an FHA lender.

“With today’s settlement Flagstar has accepted responsibility for its conduct, and committed to reform its business practices to ensure compliance with HUD requirements,” then-U.S. Attorney Preet Bharara said in a February 2012 press release.

Flagstar’s economic fortunes improved in the years after its settlement with the Justice Department. In 2018, the firm announced the termination of an eight-year-old agreement that had required the submission of an annual capital plan to its regulators, among other restrictions.

“This is a major milestone for our company, representing the last major regulatory issue with the old Flagstar,” President and CEO Alessandro DiNello said in a press release at the time. In January 2019, Flagstar announced the initiation of both a quarterly dividend and a $50 million share repurchase program. Since then, the fim has increased its dividend twice and executed another $150 million stock buyback.

Between 2015 and 2020, Flagstar recorded net income of more than $1.3 billion, including $538 million last year, as the U.S. mortgage market boomed during the pandemic. During the company’s quarterly earnings call in January, DiNello described 2020 as the most successful year in Flagstar’s history.

But even as Flagstar’s financial performance was improving, the company was reducing its estimate of what it would eventually have to pay under the 2012 settlement agreement. Flagstar stated in securities filings that the settlement met the definition of a financial instrument, and treated it as a liability that was subject to fair-value accounting standards.

What that meant was that Flagstar sought to estimate how much money it was likely to ultimately owe, taking into account factors that included estimates of the company’s equity, earnings and dividends and their impact on the firm’s capital level.

As years passed without Flagstar triggering all of the financial benchmarks in the settlement, the company’s estimate of what it would eventually have to pay decreased. Flagstar estimated the fair value of the settlement as $93 million at the end of 2013, according to a securities filing. By the end of 2016, Flagstar assigned it a fair value of $60 million. Three years later, that number had fallen to $35 million.

Late last month, when Flagstar announced the amended settlement with the Justice Department, the company said that it would record a $35 million charge in the first quarter, bridging the gap between the fair value that Flagstar had recorded and the $70 million that it ultimately was on the hook to pay.

Flagstar also seemed to acknowledge that HUD was displeased with the fact that the $118 million penalty remained unpaid nine years later.

“The company believes this settlement reflects a show of good faith towards HUD and acknowledges that the company is in a stronger position today than at the time of the 2012 agreement,” Flagstar stated in a March 30 securities filing.

“Further, the company is benefiting significantly from a robust mortgage market. In light of the long-standing relationship and ongoing business activities with HUD, the company decided to settle this legacy liability.”

The $35 million charge seems manageable, analysts at Piper Sandler wrote in a recent research note, given that Flagstar is expected to generate more than $200 million in mortgage revenue this quarter.

The amended settlement with the Justice Department includes one noteworthy wrinkle. It characterizes the $70 million payment as “restitution,” a word choice that was missing from the 2012 agreement, and which appears to have been added in an effort to ensure that Flagstar’s payment will be tax deductible.

Under the Tax Cuts and Jobs Act of 2017, payments to the government in connection with violations of the law are typically not tax deductible, but an exception is carved out for restitution payments.

Lawyers who were not involved in the Flagstar case offered differing opinions on the merits of the government’s actions.

“A company does not pay $70 million for no reason,” said Sam Buffone, a former Justice Department attorney who is now in private practice and specializes in False Claims Act cases. “Instead, the Southern District of New York may have found some issue which convinced Flagstar to pay $70 million despite the fact that the contingencies in the agreement had not been met.”

He complimented the government for its work and added: “I am interested to know what they may have uncovered.”

Miller, the former congressman, was more critical of the Justice Department’s handling of the case, arguing that the 2012 settlement agreement created benchmarks that could be gamed by Flagstar. “This is something Congress should ask about,” he said. 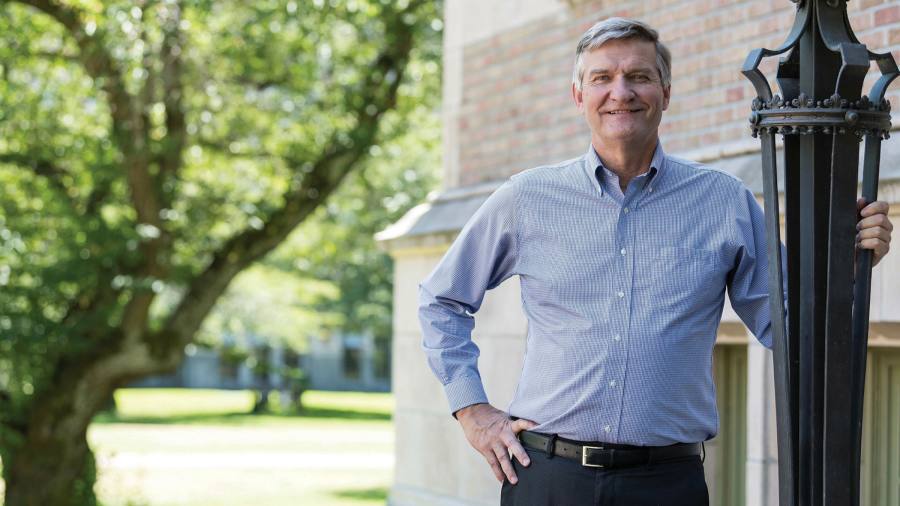 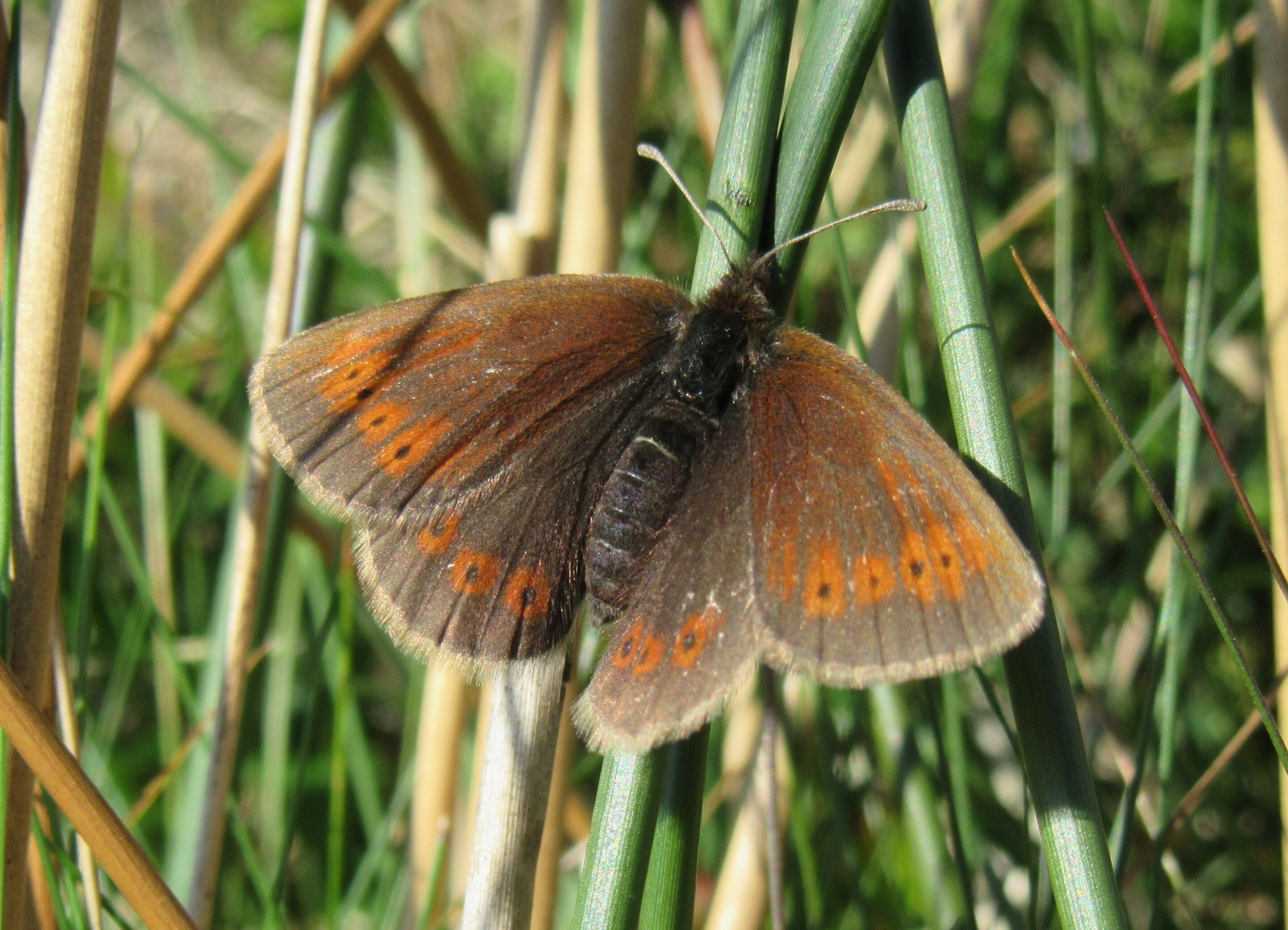 Could wider use of gene reserves protect rare species?
2 mins ago