The price action in the foreign exchange and bond markets has been consistent with the risk-off narrative, spurred arguably by the surge in Delta mutation of the virus. However, equity markets were less consistent with it.

Last week’s weakness in the Index seemed to be partly driven by Beijing’s crackdown on some tech companies and private sector education companies. The benchmark fell by 1.9% last week and continued to be sold today, led by ‘s 4%+ drop and ‘s 2.3% decline. Only of the large bourses posted modest gains after coming back from a two week holiday.

However, the in Europe rallied 1.5% last week, but its four-day advance was meeting profit-taking today, and it was nursing a 0.35% decline near midday in Europe. US futures were also heavy. Benchmark 10-year yields were heavy. The US Treasury yield was off almost three basis points at , ahead of this week’s auctions of $183 bln in coupons and $28 bln two-year floating-rate notes.

It had been down to 1.22% earlier in the session. The US 10-year real yield has fallen to a new record low of almost -1.13%. European yields began off a couple of basis points softer, with most benchmarks falling to fresh 3-5 month lows but have recovered to see minor increases. Rallies in China and South Korean bonds pushed their 10-year benchmarks to new three-month lows too.

was mostly softer against the major currencies, having seen its earlier gains pared or even reversed. The and were the laggards. Several emerging market currencies, including the and , recovered from earlier losses. The JP Morgan Emerging Market Currency Index was off for the third consecutive session with a four-week downtrend in tow.

was firm but meeting resistance in the $1810-$1812. Last week, it peaked near $1825. Oil prices appeared to be being dragged lower by demand concerns and were snapping a four-day advance. However, September trimmed its earlier losses, and near $71.70 was off about 0.5%. was rising for a fifth session. The Index gained 1.9% last week, its seventh advance in the past nine weeks.

China expressed outrage at a map used by CNBC of China that did not include Taiwan. Some observers note that if a map of the US did not contain Alaska and Hawaii, there would be no protest, but a critical difference is that China’s territorial integrity is questioned. Other observers complained that some areas, like Tibet, were included as part of China.

Meanwhile, China’s attempt to be more integrated into global finance, attract foreign capital, which would give it scope to ease restrictions on capital outflows, will likely be dealt a blow by the crackdown on online educational companies. Some of these companies attracted investment flows from hedge funds, pension funds in some provinces in Canada, and some states pension in the US.

Lastly, a massive typhoon hit eastern China, and on top of last week’s floods. This will likely have some negative economic impacts, and China’s Politburo that meets this week may address it. Still, given the recent cut in reserve requirements, an easier policy bias had already emerged.

Japan’s preliminary July PMI showed that Q3 was off to a poor start. The manufacturing PMI slipped to from 52.4. It is the lowest in five months. and new orders fell to six-month lows.

The services PMI fell deeper into contraction mode. The reading, down from 48.0, is a new five-month low, but note that the services PMI has not been above the 50 boom/bust level since January 2020. Last July it stood at 45.4.

The pandemic was frequently cited as the main culprit. About 23% of Japan’s population is fully vaccinated, which is a little less than half of the level in many large European countries and the US and Canada.

Falling US yields and the risk-off sentiment was dragging the dollar lows against the . Initial support was seen near JPY110.00, and an expiring option for $350 mln at JPY109.80 may attract interest. Recall that before the weekend, the dollar settled on the week’s highs just shy of JPY110.60.

The dollar edged higher against the for the third consecutive session. It began the week with an eight-week advance that goes back to the first week in June. The PBOC set the dollar’s reference rate at CNY6.4763, a little lower than the models in Bloomberg’s survey projected of CNY6.4768.

The July German IFO survey disappointed but remained at elevated levels. The expectations component deteriorated for the first time in three months, falling to from 103.7, the highest level since 2010. The current assessment ticked up to from 99.7. Although it missed expectations, it was still the strongest since mid-2019. The overall business climate reading stands at , down from 101.7 in June. It is the first decline since January.

Last week, the UK announced it would station two naval ships in Asia as part of the attempt to preserve free navigation and check China’s aggressiveness. Today, reports suggested it was looking at ways to remove China’s state-owned nuclear energy company (China General Nuclear Corp) from future projects in the UK.

This could put at risk the GBP20 bln power station (in a joint effort with France’s Électricité de France) and the planned development in Essex. CGN also has a 33% stake in the Hinkley Point facility being constructed in Somerset and is among the UK’s largest construction projects. Recall that the UK will permanently shut five of its eight nuclear plants by 2024.

At the end of last week, the ECB confirmed that the cap on dividends and buybacks for banks will be allowed to expire at the end of September. However, it still urged banks under supervision to be cautious. The UK had made similar moves earlier this month. A little more than a third of the banks in the Euro Stoxx 600 Index report earnings this week. Note that eurozone banks typically pay dividends only once a year. Bank shares were off about 0.6% today.

This is a big week in the US with the FOMC and the first look at on tap. However, there are other important events as well. First, there will likely be a test vote in the Senate on the bipartisan infrastructure initiative. Our concern is that even if the Senate strikes a compromise, the House may prove more difficult. Some want immigration to be included, and others may reject the funding compromise that could be reached in the Senate.

Second, Treasury Secretary Yellen acknowledged that the statutory debt limit is back on Aug.1 and that the various maneuvers can buy for a couple of months. Recall that in 2011, over a similar dispute, S&P downgraded the US. Among the first places to look for investors to respond may be in the T-bill auctions, though it is not exactly clear when Treasury runs out of room.

The US begins the week with June , which are expected to bounce back after falling for two months. The limited supply seems to be the major culprit. The July is due, and it is expected to have edged higher. It, too, has slipped lower for the previous two months.

Canada has a light economic diary until the middle of the week, when the June CPI will be reported. The rate (3.6% in May) could soften for time this year, largely as a result of the base effect. Two of the three core measures are also expected to have eased. At the end of the week, Canada reports May , which is likely to have contracted for the second month. That said, Canada appears to be emerging from the soft patch.

Mexico also has a busy week. Today’s data is followed by the tomorrow and Q2 GDP at the end of the week. According to the median forecast in Bloomberg’s survey, the economy is expected to have expanded by on the quarter, after a 0.8% expansion in Q1.

The US dollar peaked against the last Monday near CAD1.28. It was sold to around CAD1.2530 before consolidating ahead of the weekend. A break of CAD1.25 would strengthen the conviction that a high is in place. It corresponds to both the 20-day moving average, which the greenback has not closed below since early June, and the (38.2%) retracement objective of the uptrend since then. A convincing break could signal a test on the CAD 1.24 area.

The US dollar flirted with the 200-day moving average against the Mexican peso last week (~MXN20.21) but failed to close above it and tested MXN20.00 before the weekend. It was little changed on the day in Europe, having already tested the MXN20.1650 area. A break of MXN19.97 could spur a decline toward MXN19.82. 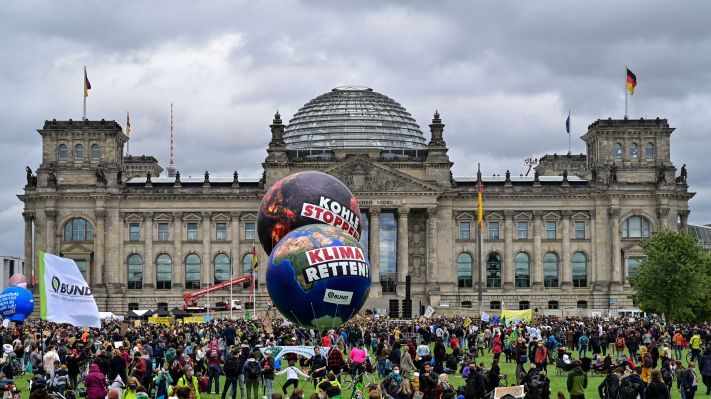