Today, we cover the stock strategy of Josef Lakonishok and highlight a list of stocks that currently pass our Lakonishok screen. Lakonishok picked up the value torch from Benjamin Graham and focuses on buying out-of-favor companies that are beginning to show signs of awakening. Our Lakonishok screening model has shown impressive long-term performance, with an average annual gain since 1998 of 14.7%, versus 6.1% for the S&P 500 index in the same period.

Value investing consists of buying unappreciated or ignored stocks at attractive prices. Value investors seek stocks that are priced attractively relative to some measure of intrinsic worth—for instance, they look for stocks selling at temporarily low multiples of price relative to book value, cash flow, earnings or sales. The idea is that, while these stocks may be beaten down, eventually the market will realize the worth in these firms and prices will rise.

Historically, value investing has outperformed the more glamorous growth investment approach, but the approach can also fall out of favor at times. Perhaps more telling, the value approach has also outperformed the market as a whole over the long haul.

The tenets of value investing are found in Benjamin Graham and David Dodd’s book Security Analysis, first published in 1934. In 1949, Graham published another book, The Intelligent Investor, in which he honed his value message for the individual investor. Graham advocated in-depth company and industry analysis in an attempt to uncover sound, growing businesses selling for 50 cents on the dollar.

Over the years, the value torch has been successfully carried by others. In the book Investment Titans (McGraw-Hill, 2001), Jonathan Burton talks with another value investor who made a name for himself, first in the realm of academia and then in the investment management arena—Josef Lakonishok.

This professor turned money manager is one of the founding principals at LSV Asset Management, which manages approximately $104 billion in assets under management. Other firm founding principals include fellow academicians Andrei Shleifer and Robert Vishny. The firm’s philosophy is to buy out-of-favor companies that are beginning to show signs of awakening.

Patience Is a Virtue

Value investing avoids the current stock market darlings. While others are possibly making quick profits—or at least expecting to—value investors may have to face weeks, months or even years of lackluster performance until the market begins to take notice of the attractiveness of a given company or industry. Of course, value investors need to be aware of the risk that the situation may never turn around and, in the worst case, the company fails. For this reason, Lakonishok believes that patience is the most important tool of value investing. You have to be prepared to go against the flow. If you are looking for that “quick hit,” then value investing is not for you.

Furthermore, before you invest in any “value” company, it is important to research the company to gain insight into why the market is discounting it.

Lakonishok created a stir in the finance community through his research in the field of behavioral finance. He questioned the notion of a completely efficient market and believes that there are inefficiencies investors can exploit in order to outperform the overall market.

He believes that these inefficiencies are based on investor behavior—people place too much emphasis on past performance when attempting to estimate future performance. In his opinion, people are too optimistic in their expectations for growth stocks and too pessimistic in their outlook for value stocks.

Value outperforms growth, according to Lakonishok, because investors don’t expect much from it. When a value stock does better than expected, investors are pleasantly surprised and more apt to reward the company by bidding up the stock.

In contrast, investors tend to expect too much from growth stocks. Yet it is unrealistic to believe that any company can sustain strong growth forever. Eventually, the company will miss an earnings target or announce an earnings warning and, as recent history has shown, the market will not be merciful in its reaction.

A company’s sales and earnings are useful measures of performance, but in order for a company to survive, it must have the cash to finance its activities. Companies that generate sufficient cash can expand during periods of economic expansion as well as cover expenses when sales decline during slowdowns.

Cash flow is calculated by taking net income and adding back depreciation and other noncash charges, such as amortization. The price-to-cash-flow ratio is used as a measure of value to include those companies that may have negative earnings, and thus no price-earnings ratio, yet have positive cash flow.

The price-earnings ratio is probably the most commonly used measure of value. It is calculated by taking earnings per share for the last four quarters and dividing it into the share price. It measures how much an investor is willing to spend for $1 of past earnings.

The higher the price-earnings, ratio the more confidence people have in the prospects of the company and, therefore, the greater the price they are willing to pay for today’s earnings. Likewise, a low price-earnings ratio signals higher uncertainty concerning future earnings, or a lower expected growth in earnings.

The price-earnings ratio is ineffective at gauging the quality of companies with erratic earnings, or no earnings at all. For this reason, the price-to-sales ratio is often used in its place. It measures how much an investor is willing to pay for $1 of a company’s revenues.

The price-to-sales ratio is also helpful when looking for value companies that do not have price-to-book or price-to-cash flow values because of negative book value or cash flow.

Lakonishok begins by developing the screenable universe of companies that is then viewed to find potential value plays. The first screen looks for companies with a market capitalization greater than or equal to $500 million.

We also apply supplemental screens to further ensure the integrity of the companies we ultimately want to examine. The first of these excludes those companies traded on the over-the-counter (OTC) market. Exchanges have listing requirements that establish minimums for company size, share availability and financial strength.

Lakonishok prefers to deal with American companies, so the next screen eliminates those companies traded as American depositary receipts, or ADRs—foreign companies that are traded on U.S. exchanges.

Lakonishok looks for potentially undervalued companies by comparing the firm’s price-to-book, price-to-cash-flow, price-earnings and price-to-sales ratios against those of the firm’s industry. He seeks companies with at least one of these four ratios with a value less than that of the industry.

If you were simply to buy a portfolio of out-of-favor stocks, you might very well end up with a group of companies that will never rebound or, even worse, will die altogether. Lakonishok views the main risk in value investing as being the case where the market’s recognition of value never materializes. For this reason, he looks for value companies that are beginning to show some sign of movement, either in terms of price movement or in terms of improving analyst estimates.

Lakonishok also uses analyst sentiment as a gauge of whether company prospects are improving. One way to measure this sentiment is to watch the trends in analyst revisions. A revision is when an analyst changes their earnings forecast for a period.

We examine analyst revisions for the current fiscal year that have taken place over the last month. We first require that there have been no downward revisions by analysts in the last month. Our next filter looks for those companies that had at least one upward earnings revision.

Value investing has proven to be successful over long periods of time. However, don’t expect to succeed simply by buying stocks that are undervalued based on one simple value measure. Lakonishok looks for potentially undervalued companies with sustained or improving relative price strength against the S&P 500 and with improving sentiment from analysts.

As always, however, stock screening is only a first step. You will want to do your homework to see why these companies are at their current levels. Only then will you gain insight into those that will continue to languish and those that may eventually flourish.

The stocks meeting the criteria of the approach do not represent a “recommended” or “buy” list. It is important to perform due diligence.

If you want an edge throughout this market volatility, become an AAII member. 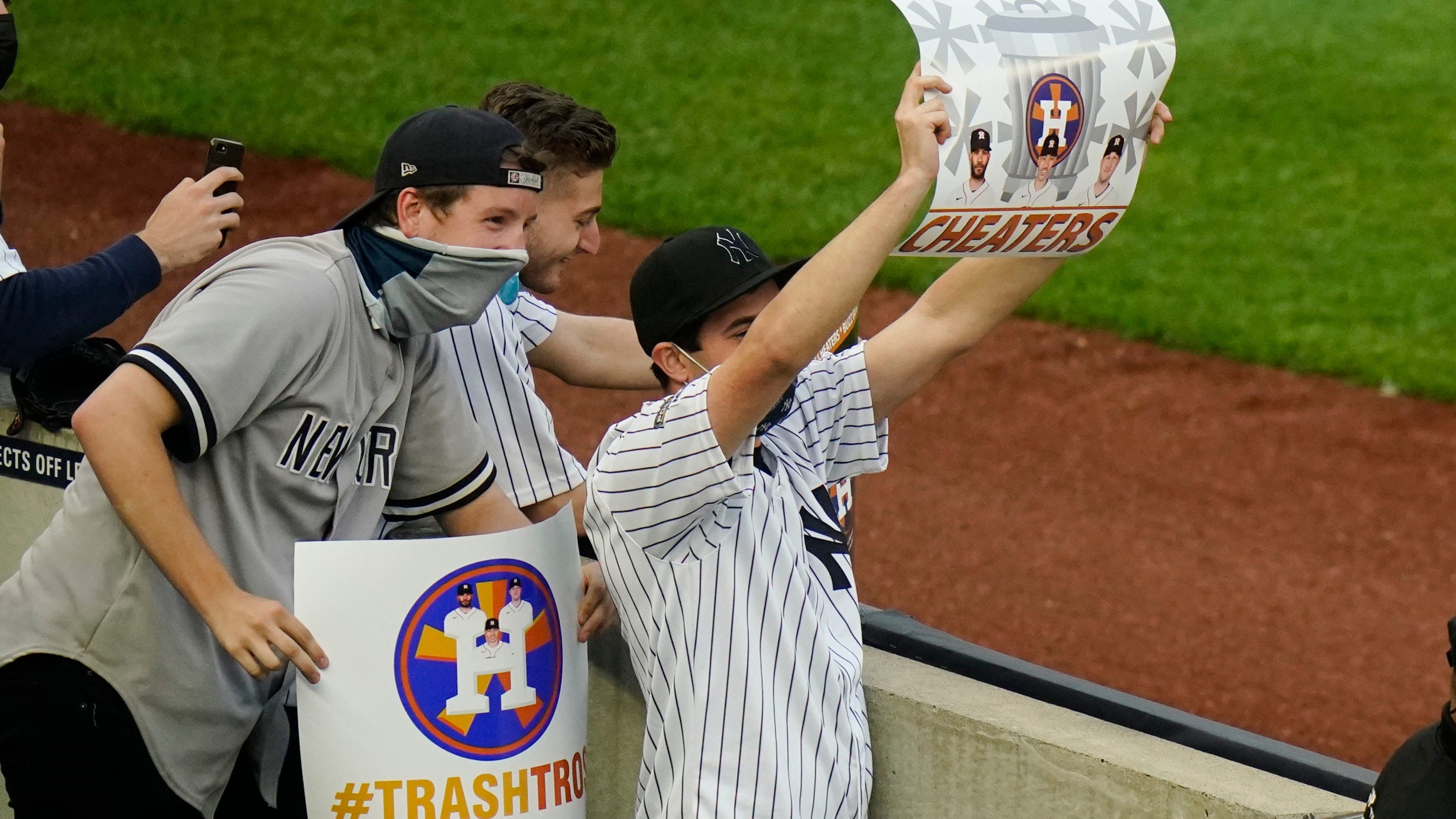 Astros complain to MLB about taunting as Yankee fans are curbed from heckling: report
1 min ago

Astros complain to MLB about taunting as Yankee fans are curbed from heckling: report

What is Collision Damage Insurance For Your Rental?
2 mins ago

What is Collision Damage Insurance For Your Rental? 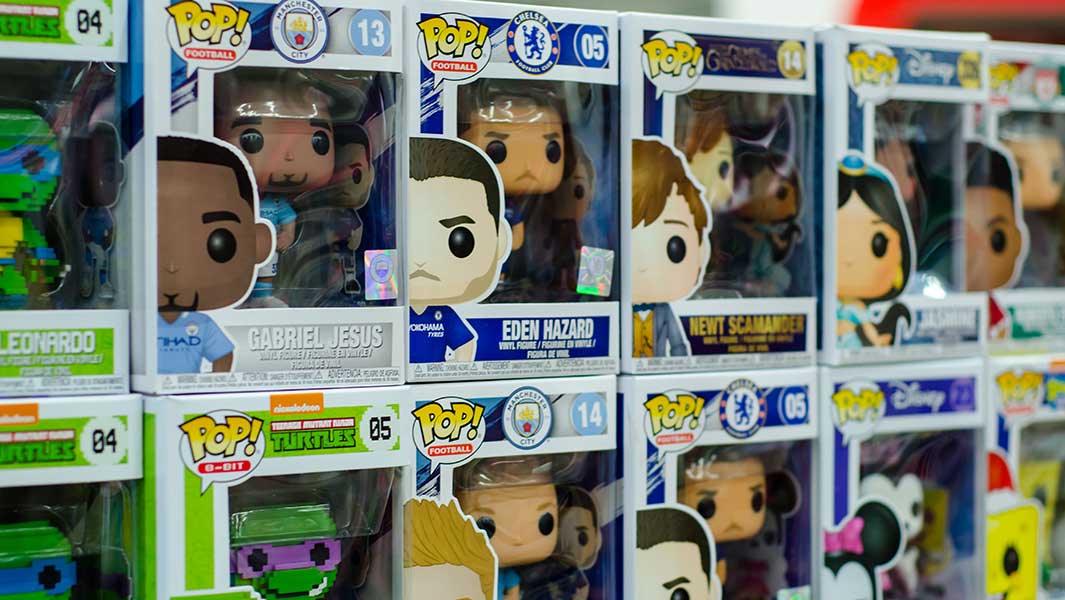