Vulnerable care home residents are having to lie in urine-soaked beds for hours because of a crippling staffing shortage, the UK’s largest union has warned.

UNISON said it has received a number of reports from its members that even the most frail residents are being deprived of basic hygiene and care.

It warned that residents were missing regular baths, being rushed through meal times and in some cases even being left to die with no-one’s hand to hold.

UNISON said it had received similar reports right across the UK and warned families were facing a ‘nightmare’ situation where loved ones are left without proper care.

It is not clear how many of the UK’s 18,000 homes are in crisis, but unions have warned staffing shortages are set to force ‘hundreds’ to close.

Care homes have long been in crisis with some 100,000 positions unfilled heading into the pandemic.

But the Government was this month accused of triggering chaos by requiring all employees to get vaccinated against Covid — forcing up to 60,000 people out of work.

UNISON’s survey, published today, found some two-thirds of workers were considering leaving the profession because of burn-out and low wages. Above are the latest figures for the proportion of care home staff that have got a first and second dose of the vaccine. The Government was accused of exacerbating the staffind crisis in the sector by making jabs compulsory

Care home worker Pat, not her real name, said staff are doing ‘everything they can’ but there are no longer enough to deliver the right level of care.

The 21-year-old said: ‘Often, the only option is to change the clothes of someone who soiled their bed without washing them.

‘There’s also barely time to wash residents’ hair so it doesn’t get done as often as it should.

Some two-thirds of care home employees are looking for other jobs, the UK’s largest union has warned.

UNISON surveyed some 1,600 care workers in England, Wales and Northern Ireland to get a snap shot of the situation in the sector.

But they found 67 per cent of staff were saying they were considering quitting their jobs.

The key drivers of this were burn-out and stress (30 per cent), better pay elsewhere (29 per cent) and compulsoy vaccination (14 per cent).

Half of those who took part in the survey (47 per cent) said staffing levels were also too low in homes putting residents at risk.

‘The care sector is desperately short of workers and can’t wait months for the Government to come up with a solution,’ she said.

‘Ministers should give all care employees some early festive cheer and announce an across-the-board pay rise.

‘This would persuade many on the verge of quitting to stay and encourage more people to think seriously about working in social care.’

‘I recently had to choose between sitting and holding the hand of a dying resident until their family arrived or going to clean someone up.’

She said: ‘We often look after more residents than we should so can’t provide quality basic care.

‘I’ve had to leave residents in tears because I had to care for someone else who also needed me.

‘A few colleagues have been lost due to the vaccination deadline and almost half the workforce is off sick because of stress or illness.

Another worker added: ‘People aren’t getting regular baths or showers, just a wash. There’s no time to do the job properly.

‘Some are not getting dressed until 2pm, and assisted feeding is rushed.

‘Staff are exhausted, angry and upset because they know they just don’t have the time to do everything as they should.’

Other workers told how there are ‘not enough staff on each shift’ leading to residents being put to bed early to free up people for other jobs.

Unions had warned thousands of homes would be thrown into crisis by the ‘no jab, no job’ policy brought in this month and many would have to close.

They said for many employees it could be the final nail in the coffin before they leave to work in retail and supermarkets.

It found some 47 per cent believe staffing shortages are having a negative impact on the sector.

And 31 per cent said that staffing levels were dangerously low and having a negative impact on the care provided.

For comparison, some 20 per cent said there were some shortages but that their workplace was managing.

Of the two thirds who said they would leave the sector, the main driver was burn-out  and stress (30 per cent), followed by poor pay (29 per cent) and compulsory vaccination (14 per cent).

UNISON general secretary Christina McAnea said care workers were leaving the sector ‘in droves’ because they were exhausted after the pandemic from covering under-staffed shifts and fed up with low wages.

She said: ‘The care sector is desperately short of workers and can’t wait months for the government to come up with a solution.

‘Ministers should give all care employees some early festive cheer and announce an across-the-board pay rise.

‘This would persuade many on the verge of quitting to stay and encourage more people to think seriously about working in social care.’

A Department of Health spokeswoman said: ‘Everyone deserves high quality and compassionate care, and we are grateful for the dedication and tireless work of social care staff throughout the pandemic.

‘In addition, the government will invest at least £500 million to develop and support the care workforce as part of our £5.4 billion to reform social care.’ 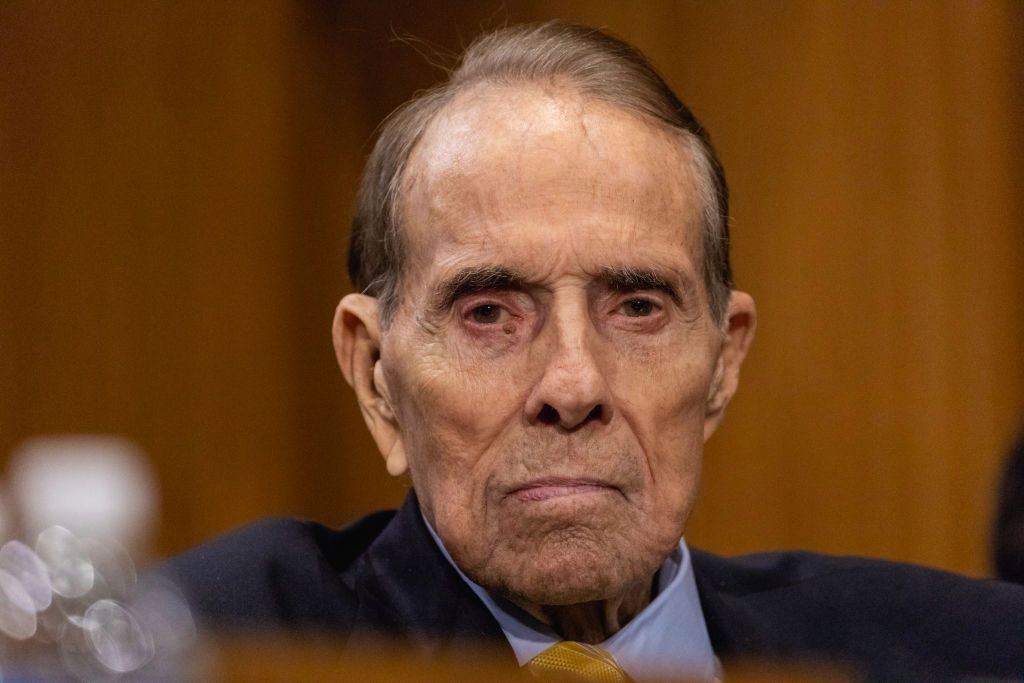 What is Bob Dole’s age?
3 mins ago