Who saw this coming? Former Masters champion Jordan Spieth, winless on tour since 2017 until last week’s victory at the Valero Texas Open, is one of the favorites to win The Masters. Jordan Spieth Masters odds are +1150 or shorter for him to win his second green jacket. He’s also the most popular pick by bettors. No golfer has more tickets to win than Spieth.

“Jordan Spieth is by far the most bet golfer to win the Masters,” DraftKings director of race and sports operations Johnny Avello told TheLines.com. ”His surge up the odds board since the start of 2021 has been a rapid rise.”

Every Masters winner in the last 10 years has ranked in the Top 30 in the Official World Golf Rankings entering the tournament. Spieth has not returned there yet, but he moved up 15 spots to No. 38 in the world following last week’s win at the Valero Texas Open. He was No. 82 in the world at the end of 2020, and nearly outside the top-100 in the world in February before a tie for 4th finish in Phoenix following a sizzling 61 on Saturday.

Spieth’s odds have dropped from 60/1 to win the Masters in January to a consensus 11-1 Masters week. He’s been spotted as short as 8-1 at some legal books. He’s the most bet golfer at BetMGM and DraftKings, as the sportsbooks’ biggest liability if he wins his second green jacket.

“Spieth’s a liability for us, but he’ll have to beat the very best golfers over 72 holes in a major, and we’re fine with that,” Avello said.

Here is how Spieth’s odds have changed for the Masters over time at BetMGM:

At BetMGM, Spieth is the most popular pick to win, finish top-5 and be the top American finisher.

Spieth remains a most popular golf betting pick both to win and in various other props at DraftKings Sportsbook.

“I’m expecting our biggest Masters handle to date,” Avello said. “Spieth has written 15 percent of the money as our bettors, who have been playing him for the past month, believe his game and confidence level has returned and he’s primed to win this event again.”

But a word of caution ahead on betting Jordan Spieth Masters odds when they are so low. He was the most bet golfer ahead of the 2019 Masters, and he went on to finish tied for 21st after opening with a 75. At that time, Spieth was +2200 to win the 2019 Masters and had 20% of the handle. But the three-time major winner was not playing as well entering the Masters as he is now, which gives many bettors the feeling that a birdie may be ahead, rather than a bogey.

Jordan Spieth’s Resurgence on the course

Spieth struggled at the beginning of the 2021 season starting last September. He missed a pair of cuts, including at the U.S. Open. He followed with a pair of finishes outside the top-30 and another missed cut before a T46 at The Masters in November. After a few months off from the PGA TOUR, Spieth started 2021 with a missed cut at the Farmers Insurance Open at Torrey Pines – site of the 2021 U.S. Open.

Then came Jordan Spieth’s resurgence. He found his groove again and especially in his iron play. His putting returned to form too, and he enters the 2021 Masters in strong form and among the leaders in the power rankings.

Spieth finished top-5 in three of his next four events and had a T15. He let the Arnold Palmer Invitational get away with a final round 75 to finish T4, and had the same final round score the next week when finishing T48 at The PLAYERS Championship.

Over his last 24 rounds, Spieth leads the Masters field in Strokes Gained: Total and he’s strongest on Approach. He put it all together back home in Texas last week, as Spieth closed the deal playing in the final group and shot 66 to win the Valero Texas Open.

“Spieth plays well in Augusta and now he’s back in great form,” said Nick Bogdanovich, director of trading for William Hill US. “Obviously he’s been on fire the past two months, so it’s not a surprise to see the masses going with him here. He’s the leader in the clubhouse right now in tickets and money.”

In five of his last six stroke-play events, Spieth has gained at least 4.0 strokes on Approach. He has a win, three top-5s and another top-10 in his last six stroke play events, and also a top-10 in the WGC Match Play. Spieth was solid again last week Around the Green and Putting, and had his best week on the greens at TPC San Antonio since last summer’s Charles Schwab event, also in Texas, at Colonial Country Club.

“I think I’ve learned a lot of patience,” Spieth said in his press conference Monday at The Masters. “I probably spent a year of struggling where I was forcing things, and it just made it worse. I just wanted to be back to playing good golf so quickly. Sometimes, less is more.”

Most birdies or better at #TheMasters last 3 years

Hitting and Putting the Greens at Augusta is Priority

The speed and heavily undulated greens at Augusta make them the toughest to putt on tour. The elevation changes, uneven lies and importance of ball striking and placement on approach is also a priority in learning how to play and putt at Augusta.

While watching Spieth struggle and then make his resurgence in recent months, Johnny Avello is still not convinced Spieth is back to his best, either on the greens or with his inaccuracy off the tee.

“I’m not sure his putting is all the way back,” Avello told TheLines.com. “His game has really come around recently, but he just lost if for awhile.”

Spieth acknowledged some of his struggles ahead of The Masters this week.

“I was fighting some changes in the mechanics of my golf swing. Whether it be injury to just ignorance to, I mean, I’m trying to do stuff myself, and I just got off mechanically to where I essentially was late into the golf ball and just had bad, inconsistent deliveries that led to inconsistent golf and had to save stuff with my hands.”

Spieth has had success at Augusta as a past champion (2015), and runner-up finishes in each year around his victory. He’s made the cut in all seven starts at The Masters.

“I’ve really fared well on the greens. Over the years, that has been my biggest strength at Augusta. I think a lot of that has to do with speed control. I think mid-range and even long-range putting and touch putting is more important here than it is just about anywhere else.” 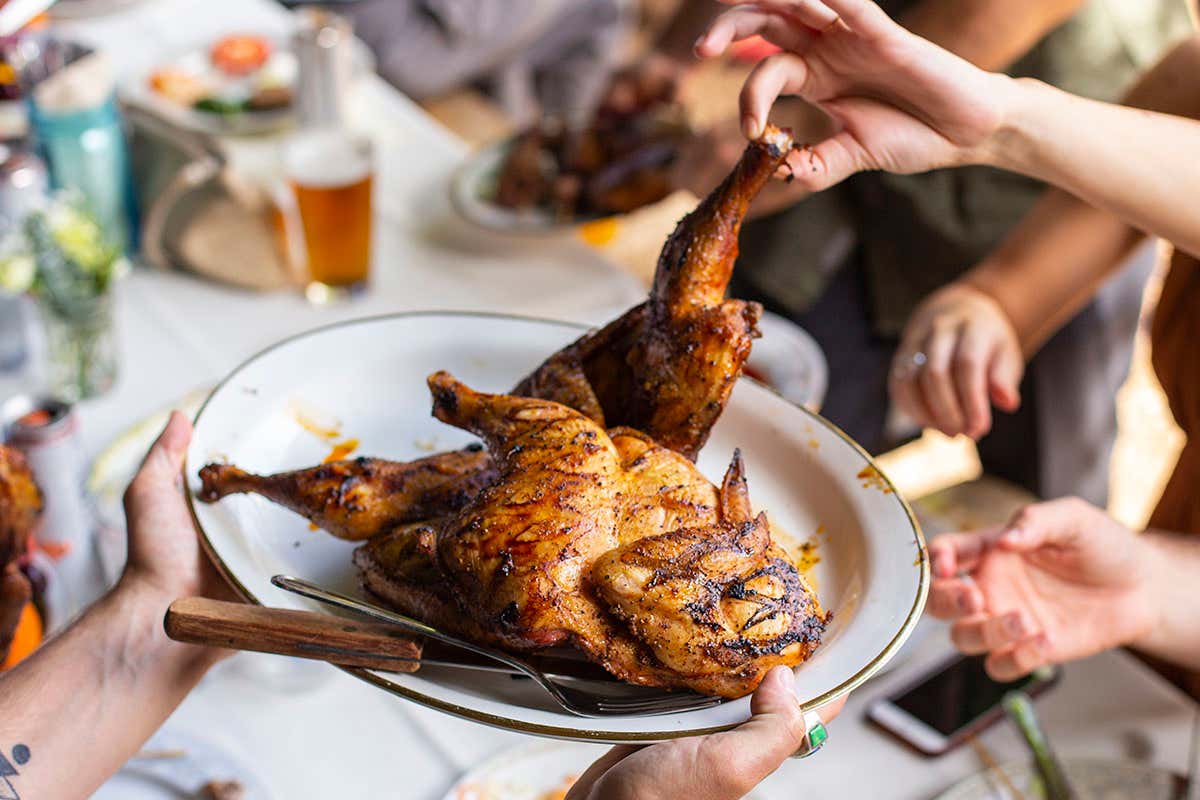 Switching beef for chicken could reduce water footprint of US diets