Here at ESPN+, there have been rankings of every FBS job and, more recently, tiers for Power 5 and Group of 5 jobs. Rather than repeat those exercises, I thought it would be more fun to take two comparable jobs, ideally in the same league and/or region, and dissect them to explore the details that resonate with coaches and ultimately push one job ahead of another.

We’ll call this the ESPN college football coaching jobs showdown. First to enter the ring are rivals Oklahoma and Texas.

The matchups will be broken into four categories: History of success, recent (10 years) and long-term (50 years); administrative support and resources (facilities included); access to talent and overall location; and expectations and climate around the program.

Although most of these jobs excel in most or all of these areas, there are important differences that give one the edge over the other. I spoke to coaches and other sources familiar with each program being analyzed to gain insight from the inside.

Let’s get started with the Sooners and Longhorns, who met every year at the State Fair of Texas. I can already smell the Fletcher’s corny dogs.

Since 2011, Oklahoma owns the fourth-best record in the FBS behind Alabama, Clemson and Ohio State. The Sooners have won the past six Big 12 championships and seven overall (shared title in 2012) during the span. They made the College Football Playoff every year between 2015 and 2019, though never advancing past the semifinals. Their decade features seven AP top-7 finishes, nine AP top-16 finishes and only one unranked finish.

Texas ranks 46th nationally in win percentage (.579) since 2011, just behind Northwestern, West Virginia, Memphis, Navy and Western Kentucky. The Longhorns own zero Big 12 titles during the span and appeared in only one league championship game (2018), falling to Oklahoma. They have yet to reach the CFP, endured consecutive losing seasons in 2015 and 2016 and have four AP Top 25 finishes, including No. 9 in 2018 after winning the Sugar Bowl.

“The University of Oklahoma’s got four coaches that have over 100 victories,” a coach said. “I don’t know if any other school has that.”

Resources should be Texas’ biggest advantage over Oklahoma. The Longhorns are a national brand, are attached to one of the nation’s largest and best public universities and are located in the surging market of Austin. The Longhorn Network, launched in 2012, provides a distinct promotional outlet.

If Texas wants to make something happen, money isn’t an obstacle, as its recent coaching change from Tom Herman to Steve Sarkisian confirmed. Texas also is finishing a $175 million south end zone project at DKR Texas Memorial Stadium, set to be ready for the 2021 season.

“The money, they have their own network, Texas is its own f—ing country,” an industry source said. “Networking, alumni, the inherent advantages they have are incredible.”

Oklahoma’s resource base is solid, especially after a major renovation to the Switzer Center (football operations) completed in 2017 and continued upgrades to Gaylord Family Oklahoma Memorial Stadium. Riley has been able to attract and retain top assistants, and Oklahoma’s recruiting operation is among the best in college football.

Administrative continuity has long been one of OU’s biggest advantages. Athletic director Joe Castiglione is the longest-tenured AD at an FBS school, completing his 23rd year. Castiglione, who hired Stoops and promoted Riley, is considered arguably the nation’s best athletic administrator. Stoops’ entire coaching tenure from 1999 to 2016 occurred under the same AD and school president (David Boren, who stepped down in 2018).

While Texas’ athletic department had consistent leadership with director DeLoss Dodds from 1981 until 2013, things unraveled under Steve Patterson, who was fired after a disastrous 22 months. Mike Perrin stepped in as interim AD and landed the permanent role in December 2015, leading the department for two years until Texas hired Chris Del Conte.

Texas needs Del Conte, who previously served as AD at TCU and Rice, to provide long-term stability, navigate the political challenges around the program and improve football.

“Oklahoma’s had incredible continuity of leadership,” a coach said. “Texas just has not had that same consistency of leadership at all three levels. That does make a big difference, having the president, the athletic director and the head coach all on the same page and working so seamlessly together.”

There’s also a theory that Texas has so much at its disposal, with so many competing interests, that building the right approach to win in football becomes increasingly difficult.

“Texas is one of those places, what a great city, what a great school,” a coach said. “You’ve got more money than you can ever, ever, ever spend. Look at all these players in this great state. You check boxes, boxes, boxes. But because of that, you wonder if Texas kind of lost their edge a little bit.”

Coaches who recruit Texas, even without a Sooners or Longhorns logo on their shirts, say it’s unlike anyplace else. Recruiting Texas for the University of Texas adds another layer.

“I’ve never been in a state where so much attention from the high school coach is dedicated to the state program,” a former Texas assistant said. “Every snap of every game is analyzed by every high school coach in that state. You have an incredible amount of influence. You also have an incredible amount of eyes and scrutiny on what you’re doing, and they’re very knowledgeable coaches, too.

“It’s just different than anywhere else I’ve ever been, but it’s also very special because of that.”

Texas coaches must navigate an environment in which they can’t keep everyone happy, and they must make the right selections from the large in-state recruiting pool.

“Mack [Brown] was very aggressive in the early recruiting, and a great recruiter,” a coach said. “But it got going where they guessed wrong. They didn’t continue to develop. Through time, Oklahoma had pretty good players, sometimes great players, but was a great developmental program.”

Oklahoma lacks the same in-state prospect base as Texas and focuses much of its recruiting on the state to the south. The Sooners’ 2021 roster includes 42 players from Texas and 33 from Oklahoma. Several of Oklahoma’s greatest players come from Texas, such as Adrian Peterson and Brian Bosworth, as well as Heisman Trophy winners Billy Sims, Baker Mayfield and Kyler Murray (Mayfield and Murray transferred in).

The drive from campus in Norman, Oklahoma, to the Dallas-Fort Worth area is about three hours, and OU coaches can easily access other areas of Texas.

“When kids live in Dallas, it’s like a 50-50 [between Oklahoma and Texas],” a coach said. “It used to be [Texas] A&M would have a niche in Houston and East Texas. Oklahoma had a really good niche in Dallas, not bad in East Texas.”

Both Oklahoma and Texas have large, passionate fan bases that crave championships and fill stadiums. But a coach familiar with both programs pinpoints a difference in expectations, connected to each school’s location.

“There’s a lot more going on in Austin, Texas,” the coach said. “They’ve got their music, all kinds of entertainment, people moving in for a lot of different reasons. They’re not all as concerned about the Longhorns winning, and they’re still going to have a good time regardless. That’s not the case at Oklahoma. If you don’t win, nobody’s happy in the state, and players don’t get celebrated.

“All the success that Barry Switzer had, and Bob Stoops had, and now Lincoln Riley’s having, the standards are so high that people aren’t happy if you’re just better than average.”

Another difference sources cite is alignment, an increasingly popular term cited by coaches and others when assessing jobs. Alabama, Ohio State and now Clemson boast alignment at every level of their programs, which allows them to win big and also limit the impact of problems that derail others.

Like all major programs, Oklahoma and Texas both have generated negative headlines. At Oklahoma, Joe Mixon punched a female student in 2014, and a racist fraternity video in 2015 prompted a reaction from players such as Eric Striker.

But Oklahoma’s controversies don’t seem to linger as long, or require as much maneuvering, as those at Texas, including the recent storm around the “Eyes of Texas.”

“It’s like you are the reality show for the state,” a coach said of Texas. “There are very different dynamics about the job than other places.”

An industry source summarized this coaching-jobs showdown: “Texas should be better, but Oklahoma is better.”

Texas is viewed as a great job but also a very complicated job. The boundless advantages it offers are offset by the number of constituents who impact the program on multiple levels. When Texas has the right people to handle the politics of the place, such as Brown and Dodds during a very successful run in the 2000s, the program can thrive.

Sarkisian and Del Conte could deliver similar results. Sarkisian has won at the highest levels as an assistant at Alabama and USC, and gets a second opportunity as a head coach at a major program after dealing with alcoholism.

“Sark has a chance,” a coach said. “If he can keep those demons from the past out of the way, he’s polished enough that they’ll like him, and he’s smart and tough enough to get them pretty good.”

Texas also must be patient. Brown didn’t really break through until his fourth season. Even the great Darrell K. Royal won seven games or fewer in three of his first four seasons as Longhorns coach before four straight top-five finishes from 1961 to 1964.

Oklahoma, meanwhile, is fully in win-now mode, poised to take the next step in the CFP. The program has a clear identity and strong, consistent leadership. Few programs can match Oklahoma’s history, especially the absence of long downturns in performance. OU faces some challenges, especially more than 20 years removed from its last national title, but the program is much closer to the top than Texas right now. 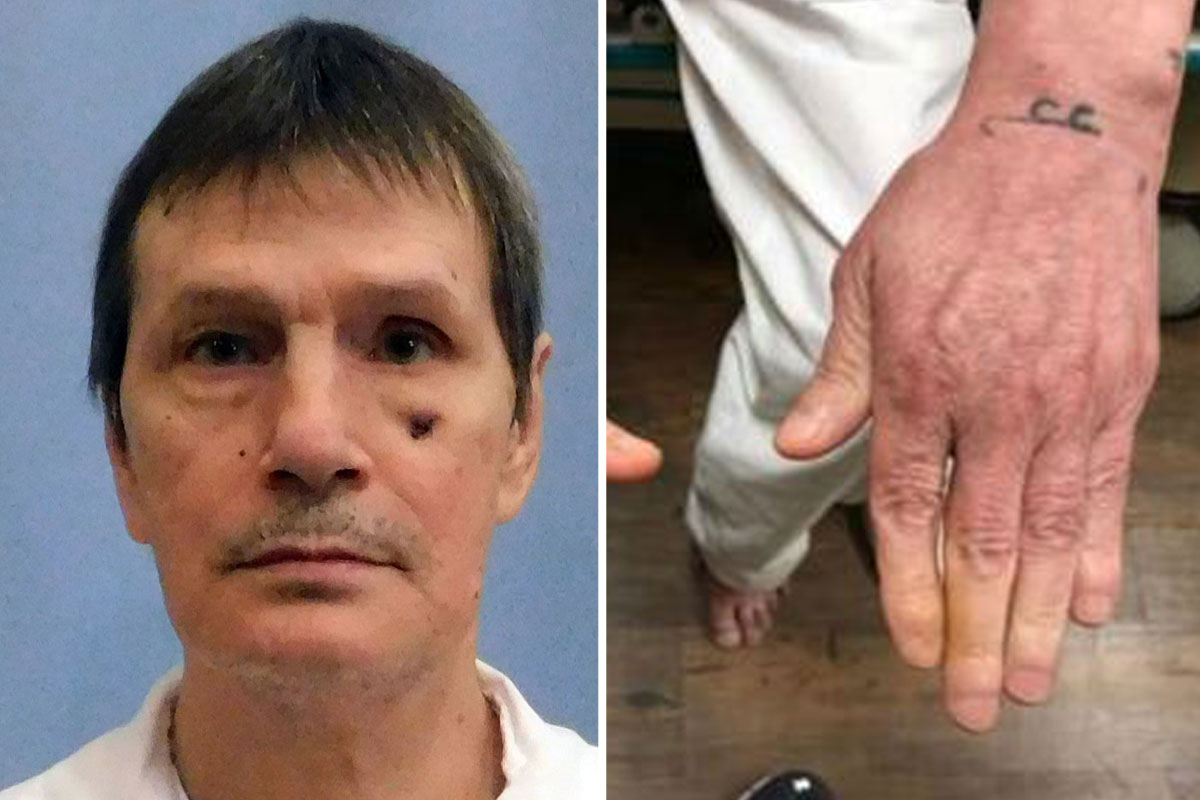