Earlier this week, AMD announced the availability of its FidelityFX Super Resolution technology. There has now been time for multiple tech outlets to pore over the technology, its capabilities, its strengths and its weaknesses. In summary, the new technology, abbreviated neatly as FSR, has been warmly welcomed by gaming and technology sites and YouTubers alike. If you are looking for ‘both sides’ of the argument I think the least positive of initial views of the new tech came from Digital Foundry, but oevrall the weight of feeling seemed to be more positive, try Hardware Unboxed as an example.

AMD’s FSR delivers faster in game frame rates with minimal hit to graphics quality, and that is why it has / is often compared to Nvidia DLSS. However, FSR doesn’t use any AI / deep learning tech in the background. Rather, FSR relies on what is referred to as a “new cutting-edge spatial upscaling solution”. The solution is good, as it delivers ‘free’ performance uplifts, with very near to native quality at its highest settings. Moreover, it promises widespread support on lots of GPUs new and old (both AMD and Nvidia GPUs), it seems to have a lot of developer support, and it will be supported on modern games consoles like the Xbox Series X/S in due course.

There are four FSR settings in games that support the technology; Ultra Quality, Quality, Balanced, and Performance. In its current v1 iteration, it seems to be advised that gamers stick with the top two settings, as long as they result in tolerable frame rates. But if you have to, using ‘Performance’ mode is significantly better than turning all game settings to low – AKA ‘potato mode’. Investigations by various sites / channels also seem to praise the AMD spatial upscaling solution as being better than what the newest scaling / sharpening filters can manage in high-end content creation tools from the likes of Adobe. Perhaps it helps that AMD’s FSR accesses the graphics pipeline earlier than such a tool naturally can – and that is why it needs developer integration rather than just being a system-wide setting.

AMD’s FSR launched in seven games initially, but it has named 12 more as “coming soon”, and AMD highlights that “more than 40 developers have pledged to support and integrate FSR into their top titles and game engines”. Companies like Capcom, EA, Gearbox, Hello Games, Ubisoft, Unity and Valve are named as FSR supporters. 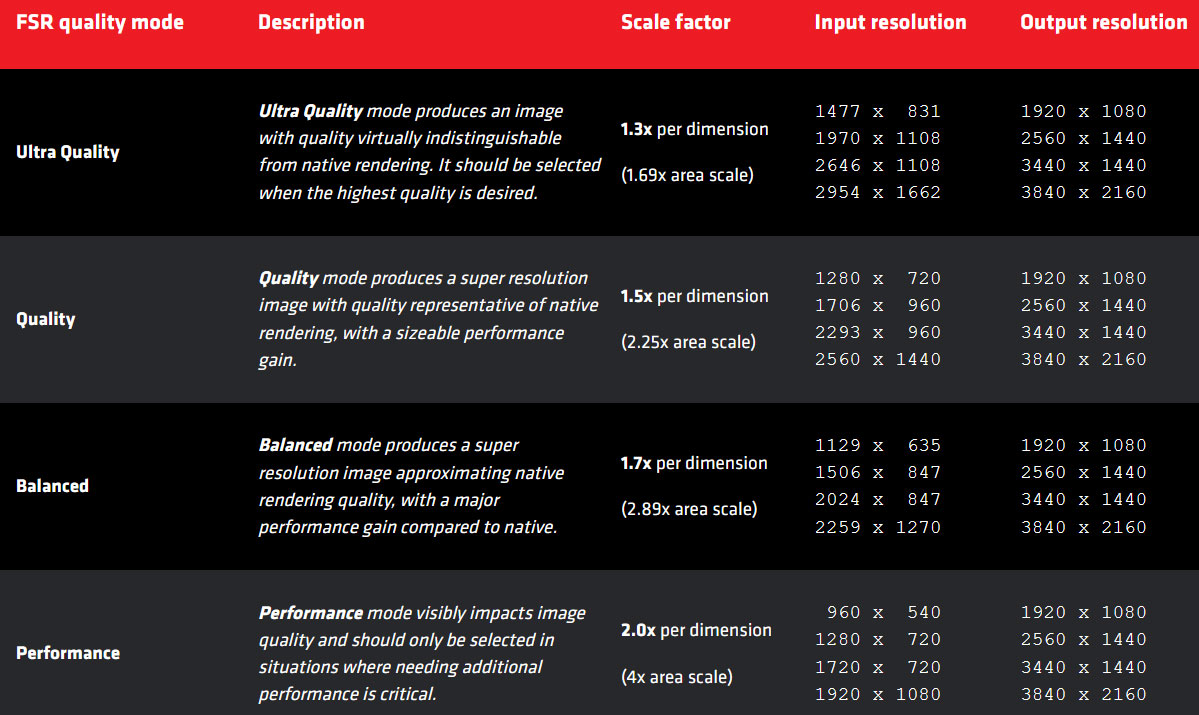 If you want to try out FSR for yourself, as long as you have a relatively new AMD or Nvidia GPU (RX 400 or GTX 10 or newer) you can download the latest graphics card drivers plus the free Riftbreaker demo from Steam. Grandmother of murdered Arthur, 6, weeps as balloons released in his memory
3 seconds ago