Rose Tempest, from Leeds, has been receiving the money since January 2020, and said she was unaware of the temporary uplift during the pandemic.

Rose Tempest, 29, says she’s the most financially stable she’s ever been after two years on Universal Credit (

A woman who has been claiming Universal Credit for the past two years has said it’s the “most financially stable” she’s ever been.

Rose Tempest, from Leeds, has been receiving the money since January 2020, and said she was unaware of the recent cut to Universal Credit.

The 29-year-old told Leeds Live she didn’t even realise her payments had been slightly increased during the pandemic, after the government temporarily increased payments by £20 a week to help people get through the hard times.

But that uplift was snatched away from claimants on October 6, leaving many other families struggling to put food on the table.

Rose said she’s “into Buddhism” and has been reflecting on the religion’s teachings that one should try to live life without regret, and is keen to find a job.

The Oakwood woman hasn’t been following current affairs, instead using the lockdowns to serve as time of introspection to figure out what she really wants to do in life and how to achieve it.

Get all the latest news sent to your inbox. Sign up for the free Mirror newsletter

She said: “I guess I haven’t been paying attention to current affairs. I haven’t noticed. I’ve just been looking online and seeing how much money I have, ‘okay, I can work with that’.

“This is the most financially secure I have ever been. I’ve never had a stable income of any kind. [In the past] I’ve just been doing odd jobs here and there, living with family.”

Rose had been living in Israel prior to the pandemic “searching for like the meaning of life”.

Not only did she work on a kibbutz, she spent her time doing lots of different odd-jobs like cleaning and factory work.

Rose was visiting the Aspire 2 Work centre in Leeds, next door to the jobcentre.

She arrived “dressed for the job I want, not for what I have,” in a faux fur coat, scarlet head scarf, a choker necklace and polka-dot shirt.

Rose says she was “excited” and determined to be making the next step in to finding a career.

She has ambitions to become a psychologist but would be “happy to take a job at Tesco” at this point having struggled with her mental health for the past few years.

“This is tax payer’s money, they don’t want to be paying for someone to have a free ride,” she admitted.

“Life is just hard, that’s just a fact. It’s been hard in general, I never wanted to do this [receive benefits].”

Reflecting on how she got to this point, she explained: “So many people have just complained about work and how work is so horrible. My whole life, I’ve heard that narrative and I think that’s really given me this belief that ‘work’s horrible and I really don’t want to do it’ – like why would you want to do something horrible?

Former British Gas engineer Dawn Cashon, 46, was visiting the jobcentre as she is receiving Jobseeker’s Allowance
(

“At this point it’s about reprogramming my mind that work is an opportunity to meet my own needs – which is a strength – and so you can contribute something to the world, that’s also beneficial.”

Universal Credit claimant Graham De’Ville, 48, has been receiving benefits for three months. He was previously a carer for his wife but suffered a mental breakdown after they had a messy breakup.

During his time on benefits, he’s volunteered with housing support service Engage Leeds.

Asked about how he feels about the cut to Universal Credit, Graham said: “It’s the wrong time to do it, considering that food prices are going up for one, it’s going to send a lot of people in to poverty.

“I’m in a lucky situation at the moment as I’m still with my mother but what would worry me is the gas and electric bills, food – all that would matter. Some people are living on £15 or £20 a week and it doesn’t cover it.”

He added that he doesn’t trust the Government or even the Labour opposition party to manage the benefits system.

Former British Gas engineer Dawn Cashon, 46, was visiting the jobcentre as she is receiving Jobseeker’s Allowance.

The mother-of-three lost her old job during the pandemic as she had a bad case of irritable bowel syndrome (IBS). She wasn’t able to visit her doctor during the pandemic to identify the issue of her “stomach problems” and had to spend an extended period off work.

Dawn says being out-of-work is “a bit boring”, especially since she had been consistently working for near 30 years.

She said: “It’s been fairly straight-forward. The staff here are really nice, helpful. They’re helping me with my CV today.”

Asked how she felt about families affected by the Universal Credit cut, she said: “It won’t be great for them, it’s sad. £20 a week is a lot to lose.”

Prime Minister Boris Johnson defended the cut, insisting the taxpayer should not subsidise low wages through the benefits system and set out a vision for “high skill, high wage” economy.

He told LBC Radio earlier this month: “What we won’t do is take more money in tax to subsidise low pay through the welfare system.”

He added: “This Government is doing the difficult, long-term things. We got Brexit done, which was a very difficult thing to do, and we are now going to address the big, underlying issues that face the UK: long-term lack of productivity, long-term lack of investment in energy and infrastructure.

“We are going to fix that.” 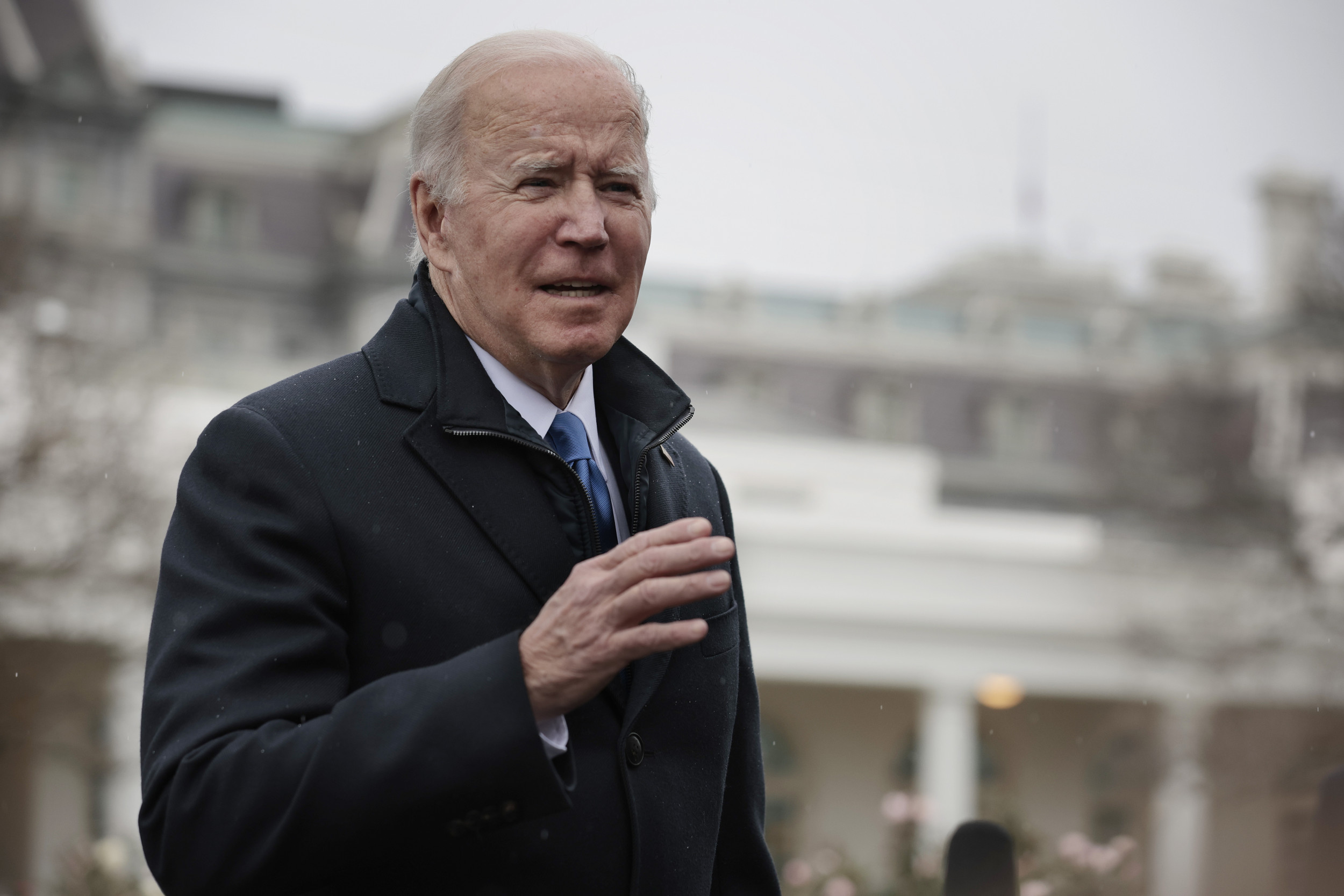 Biden cites technicality as reason to not place U.S. troops in Ukraine if Russia invades
2 seconds ago

Biden cites technicality as reason to not place U.S. troops in Ukraine if Russia invades 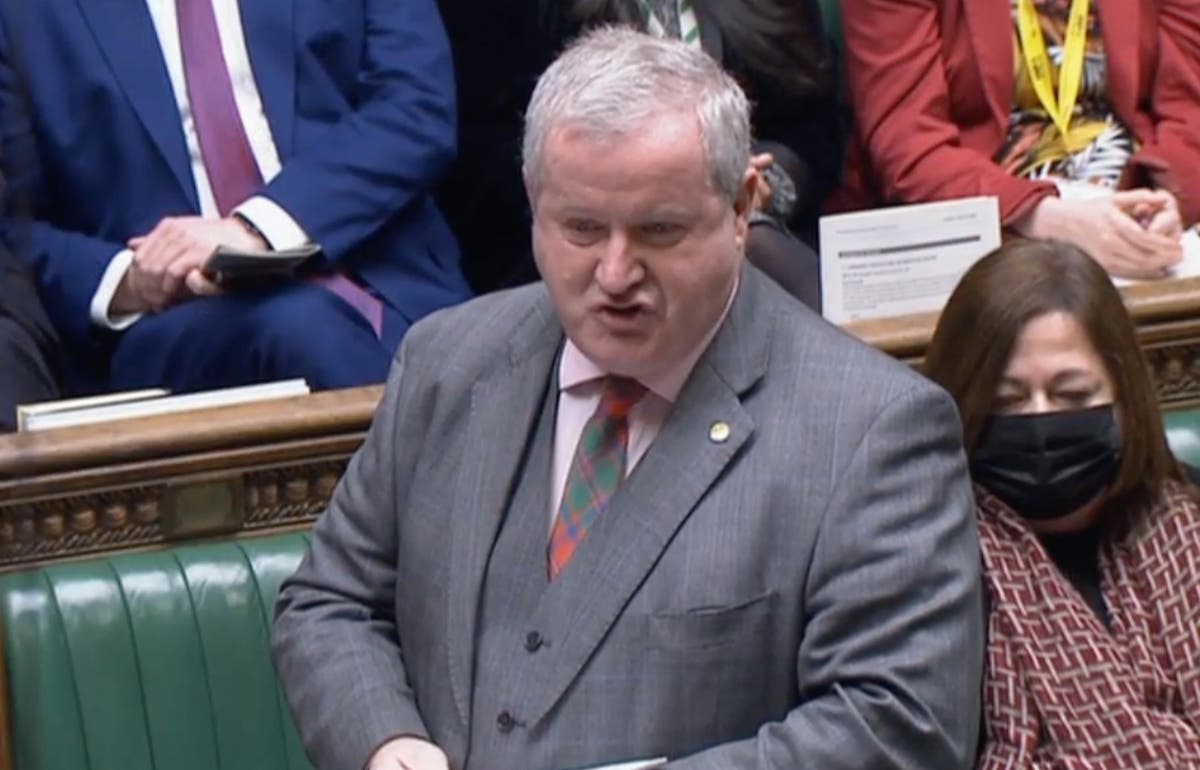 Boris Johnson told by SNP he must resign over No10 party: ‘Moment of moral reckoning’
3 mins ago

Boris Johnson told by SNP he must resign over No10 party: ‘Moment of moral reckoning’